By mid-1928, development of standard lateral-cut discs was well under way at Edison, although no hint of them will be found in these catalogs. (The company began circulating some experimental sample pressings in the spring of 1928, but the new lateral-cut “Needle Types” would not start shipping to dealers until July 1929).

Although by now the company had worked out the kinks in its electrical recordings, which employed General Electric equipment (Edison had no hand in developing the process, contrary to some ad copy), the records were still vertically cut, a format for which little demand remained. Many of these 1928 releases sold only a few thousand copies, if that. 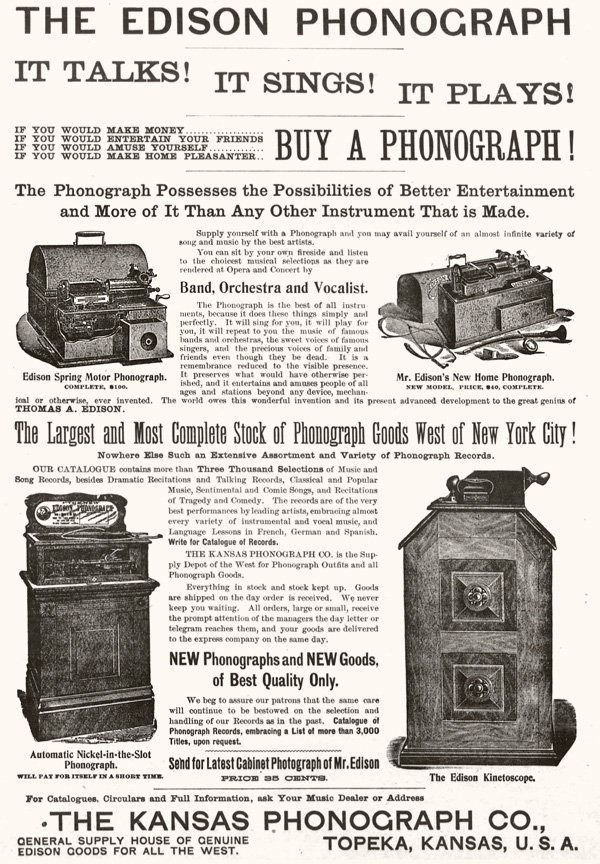 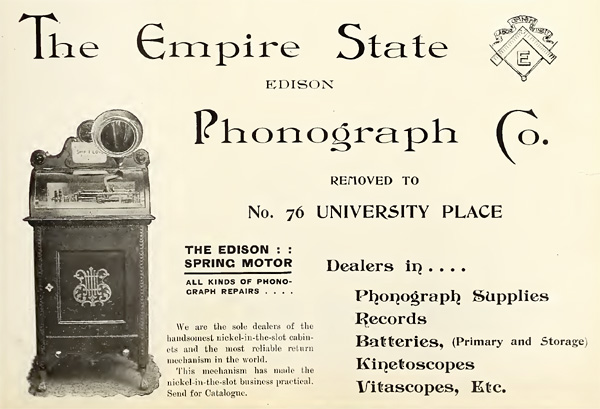 If you enjoyed these, be sure to check out Vintage Phonograph Advertisements 1895-1925, available exclusively from Mainspring Press while supplies last: 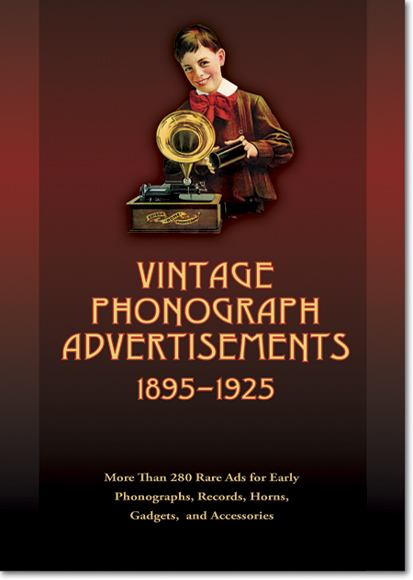 The Edison Tone Tests were highly popular marketing events at which invited guests were challenged to distinguish live performances from the “Re-Created” versions as performed by the Diamond Disc phonograph.

The events were rigged by various means, despite Edison’s vigorous denials, including the surreptitious substitution of special records and reproducers (the latter confirmed in some surviving correspondence between the company and singer Vernon Dalhart). Artists were also carefully coached to match their tone and volume to that of the recordings to which they would be compared. You can find a detailed history of the Tone Tests in A Phonograph in Every Home, available from Mainspring Press and many major libraries.

Below is a copy of a typical 1920 artist’s Tone Test contract, for Cecil Arden, which we recently found among Ray Wile’s materials in the Bill Bryant papers. Many of Arden’s recordings were flagged “For Tone Test” in the Edison files, and several appear to have been made expressly for that purpose. In Arden’s case, payment probably was on the skimpy side, since she* earned  $36.25 to $40 per song for her studio work (per the studio cash books), without all the rigors of travel and rehearsal that the Tone Tests entailed.

.
* Oops! We said “he” / “her” in the initial post. Many thanks to old friend George Sweeny for spotting the mistake, and sending along a photo to confirm. Obviously, we’ve never heard a Cecil Arden recording!
.