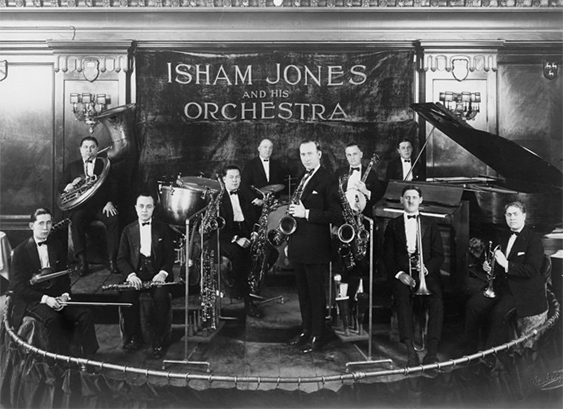 Paul Whiteman wasn’t the only 1920s bandleader with Colorado connections. Isham Jones — one of Whiteman’s closest rivals at the time — liked what he saw while playing at Denver’s Elitch Gardens in the mid-1930s. He began purchasing land around Shaffers Crossing, where he eventually built a modern lodge. Lying in the foothills thirty-five miles southwest of Denver, the Crossing was (and, thankfully, still largely is) little more than a spot on the map.

In the early 1940s, with his popularity on the wane, Jones disbanded his orchestra and moved to his lodge at Shaffers Crossing, where he settled into the life of a rural shopkeeper and part-time treasure-hunter:

Jones never found the hidden gold (supposedly stashed in the area in 1864 by members of the notorious Reynolds Gang, fleeing a posse from Leadville), although folks continue to hunt for it to this day. In the late 1940s, he sold his land, which is now a rural subdivision outside the small town of Pine Junction. There’s still a Jones Road, a Jones Creek, and a deteriorating octagonal structure that locals say he used as an impromptu dance hall, but that’s about all that remains to commemorate his stay. 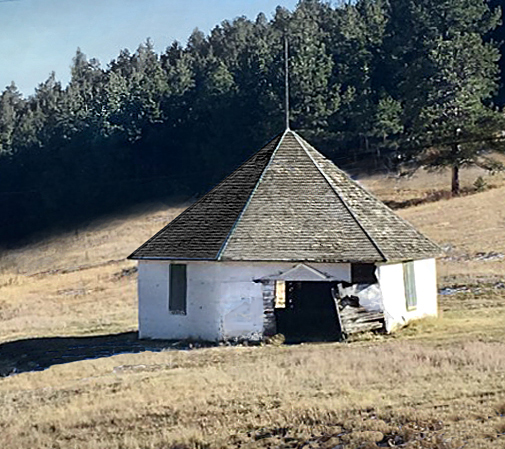 Locals say that Jones used this large octagonal structure near Shaffers Crossing as an impromptu dance hall. A rectangular extension at the rear of the building is said to have served as the bandstand.

Shaffers Crossing is located along present-day Highway 285, which in part follows an old stagecoach route connecting Denver and South Park. Part of Jones’ former holdings now abut Staunton State Park, home to some of the best hiking in the foothills.