Of all the pioneer studio artists, Cal Stewart (1856 – 1919) left the most abundant paper trail. Stewart was a master of self-promotion, and unlike most of his contemporaries in the recording business, record-making comprised only a small (if lucrative) portion of his activities.

Stewart spent much of his time on the road, giving recording demonstrations, making free promotional appearances in connection with his records, and mounting traveling theatrical productions complete with orchestra and supporting cast. He also dabbled in the book business, launching his own publishing venture to produce the popular Uncle Josh Weathersby’s Punkin Centre Stories in 1903.

Below are some of the most interesting clippings from Stewart’s long career. Diehard Uncle Josh fans can hear and download more than 170 Stewart recordings (including some rare brown-wax issues) on the University of California-Santa Barbara’s cylinder record site. 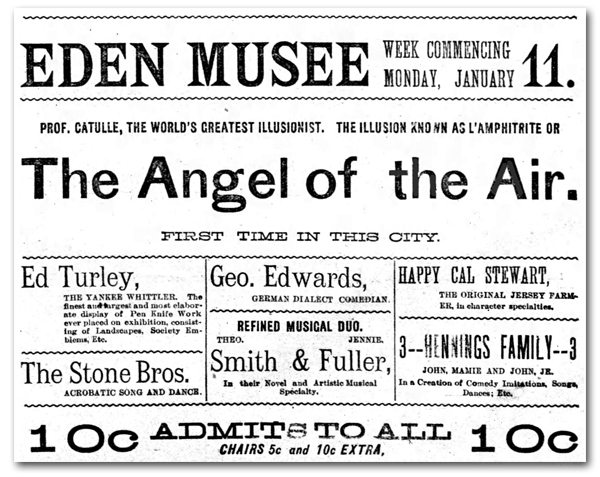 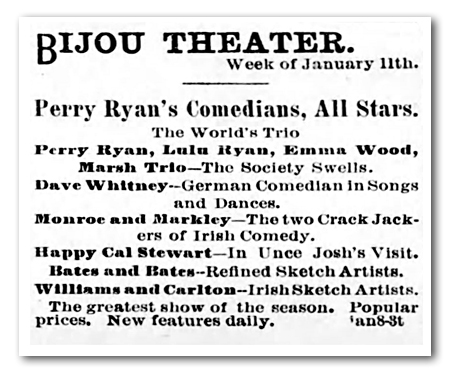 “Happy Cal Stewart” in January 1892, as The Original Jersey Farmer (top); and in January 1897, with his Uncle Josh persona now fully developed. 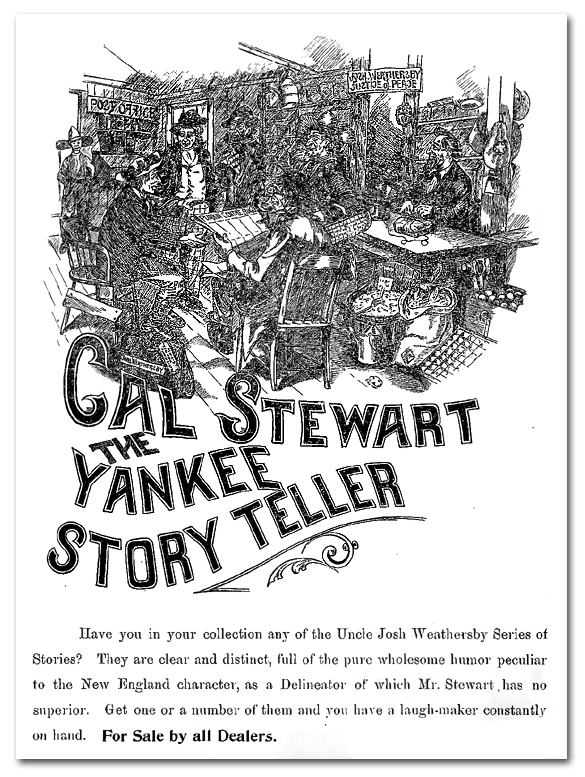 From The Phonoscope for February 1899, and probably placed by or for Stewart himself, based upon the lack of a specific record-company affiliation.

Stewart on the road with his own “capable company and special scenery” (Allentown, Pennsylvania, September 1900) 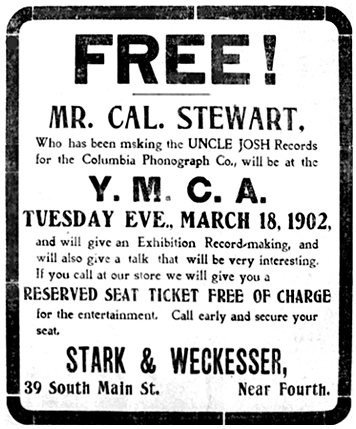 Numerous ads appeared in the early 1900s for Stewart’s record-making demonstrations. These examples date from December 1900 (top) and March 1902. This was toward the end of the brown-wax cylinder era, when all that was required to make records was a supply of blanks and an off-the-shelf cylinder phonograph with recording attachment. Note Stewart’s offer in the Bentel ad to make original records to order, a topic ripe for discographic investigation. 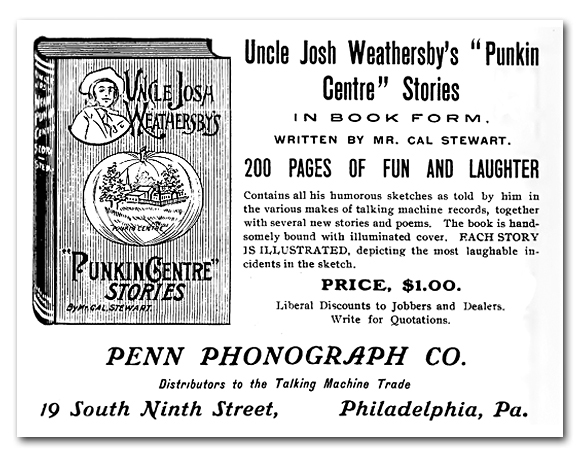 An early announcement for Stewart’s popular book. Despite the  title, it also included many of his poems, which he never recorded. Early editions were printed on heavy, high-quality paper and credited to the Punkin Centre Company of Chicago. Later printings, often on cheaper paper and with less decorative bindings, bore a variety of imprints. (November 1903) 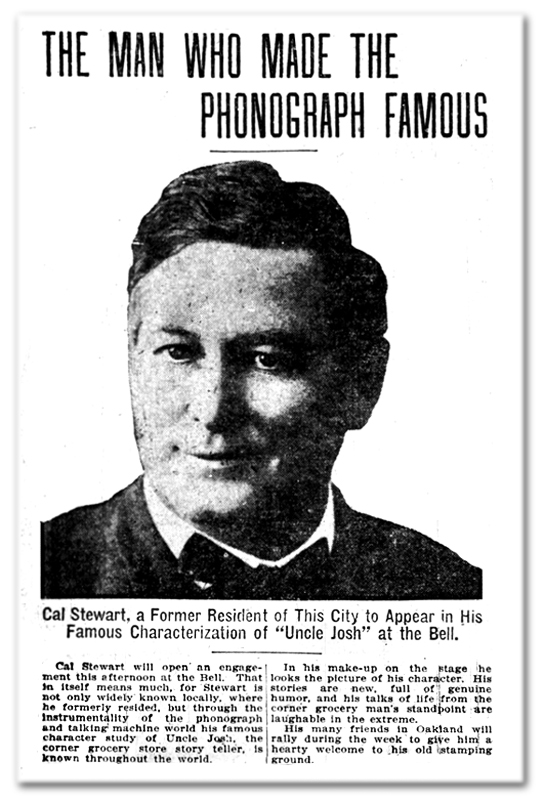 Oakland, California, was one of many towns that claimed a close connection with the widely traveled Stewart. (May 1909) 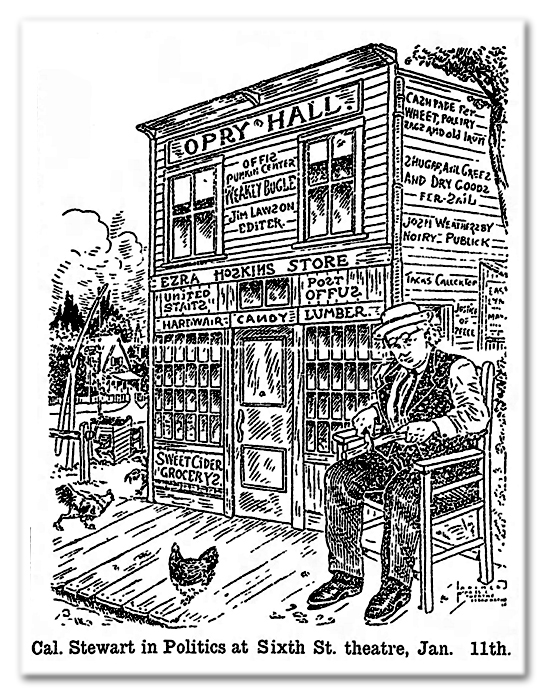 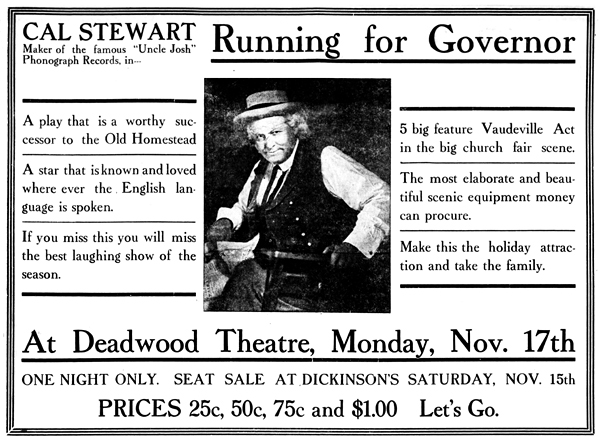 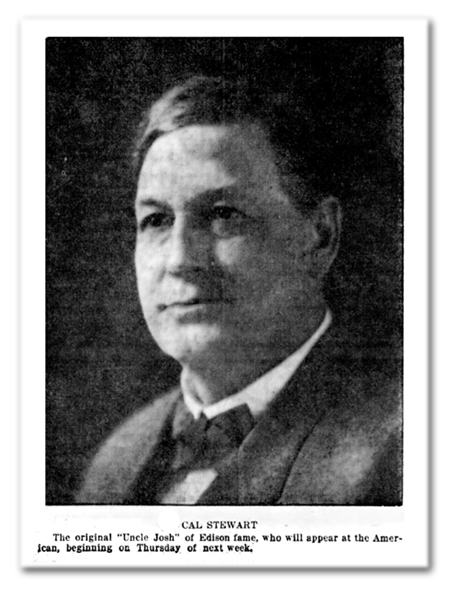 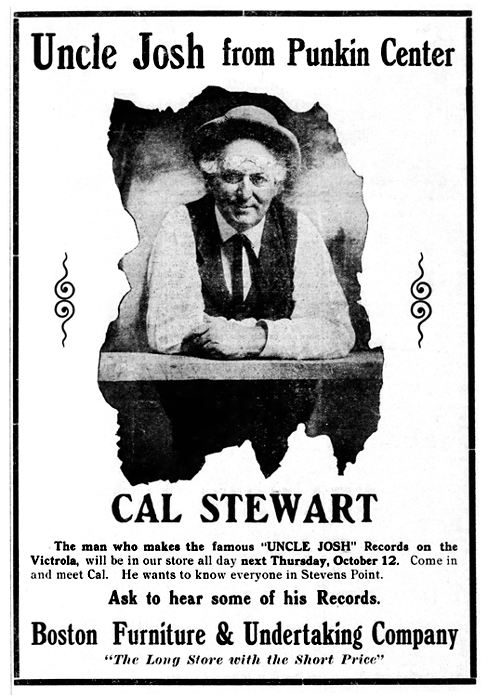 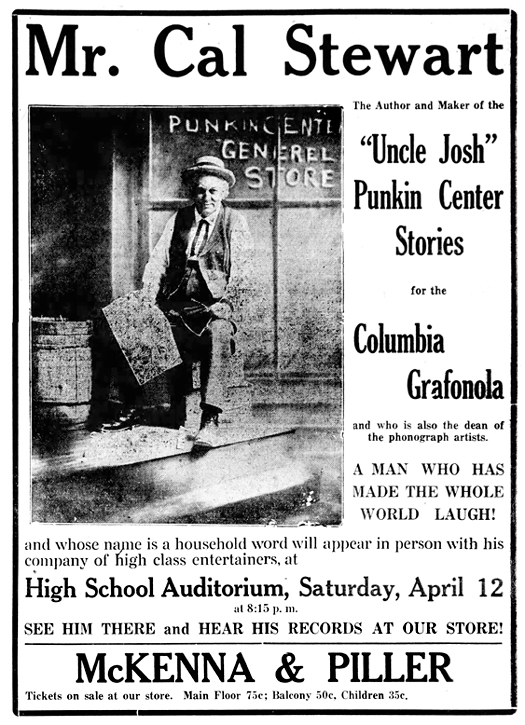 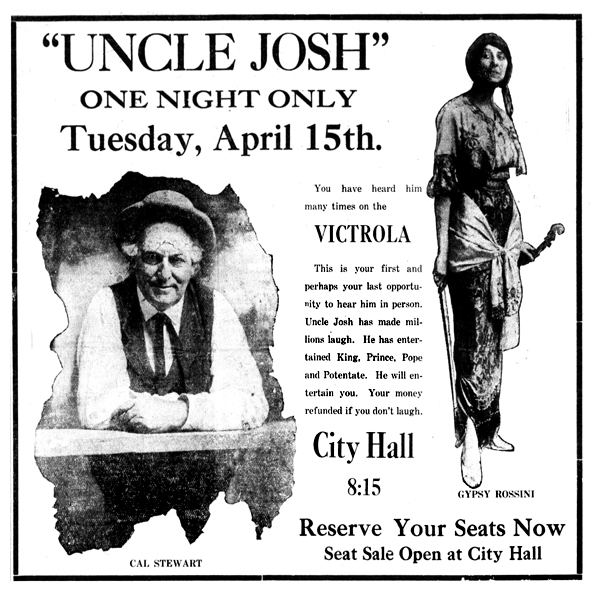 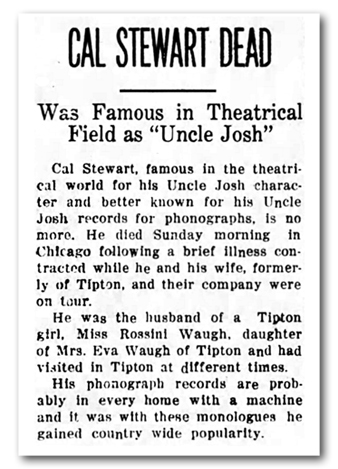