From various 1911 issues of The Talking Machine World: 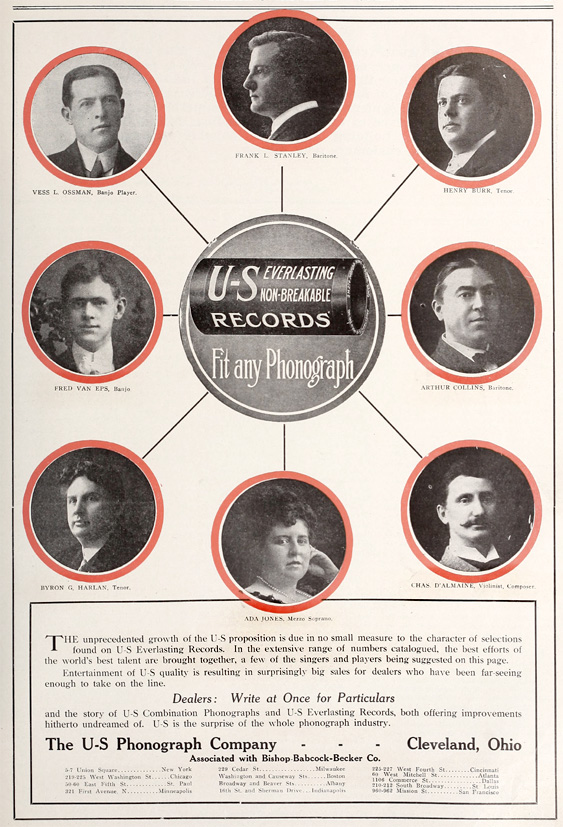 This ad contains the only photo we’ve seen of the elusive Joe Brown, who also recorded for several of the smaller disc companies (including International Record, as early as 1906).

For details on all U-S Everlasting recordings, be sure to check out Indestructible and U-S Everlasting Cylinders: An Illustrated History and Cylinderography (Kurt Nauck & Allan Sutton), available from Mainspring Press and many major libraries.