John S. Macdonald — better known to record buyers as the tenor “Harry Macdonough” — led a dual life. He was one of the best-selling recording artists of the early 1900s, while at the same time working his way up the ladder at Victor, from studio manager to manager of artists and repertoire manager, and eventually, to sales manager. Here are some of his recollections, as recounted to Ulysses (Jim) Walsh in 1931. The letter was written just as Walsh was beginning to undertake the research that would culminate in his long-running “Pioneer Recording Artists” column for Hobbies magazine. For more on Macdonald’s remarkable career (much of which he downplays in his letter), see “Harry Macdonough, Victor’s Singing Executive” on the Mainspring Press website. 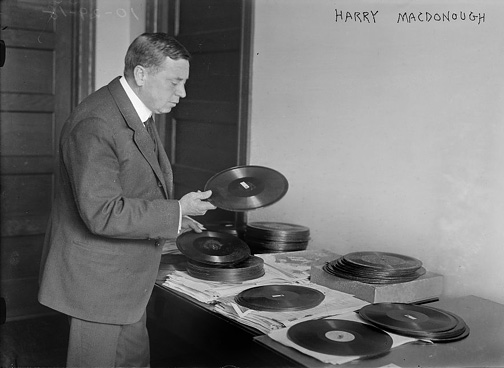 (Photo from the Bain Collection, Library of Congress. Letter from copies of the
Jim Walsh papers in the Bill Bryant collection, Mainspring Press.)